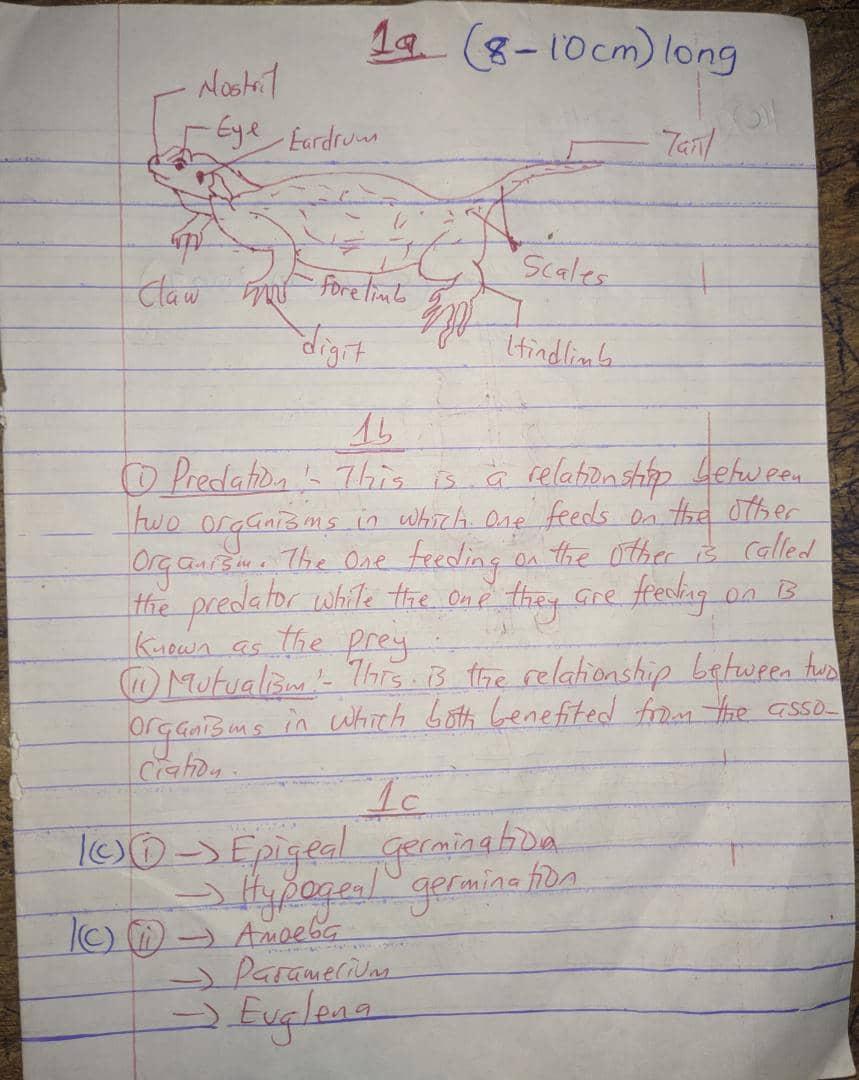 (1b)
(i) Predation: This is a relationship between two organism in which one feeds on the other organisms. The one feeding on the other is called the predator while the one they are feeding on is known as the prey. Eg: owls hunting mice.

(1bii)
(ii) Mutualism: This is the relationship between two organisms in which both benefits from the feeding eg association. Eg: Sea anemones and Clownfish 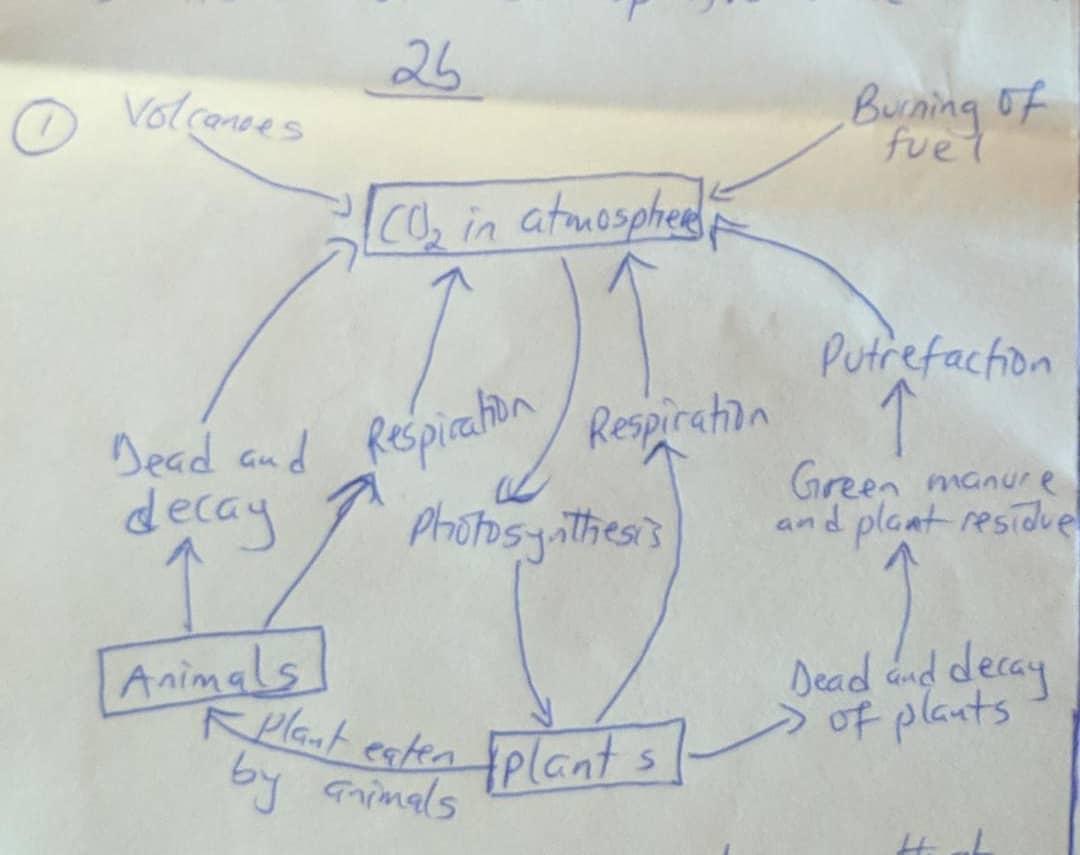 (2bii)
(i) Possession of the leaves that helps in floatation
(ii) their stomata are located on the surface of the plant for easy gaseous exchange
(iii) Possession of little or no root system.

(3ai)
Pathogen: This is defined as any organisms capable of causing diseases

(3aii)
Haemolysis: This can be defined as the breaking down of the red blood cells or corpuscle due to high passage of water into it

(3aiii)
Deforestation: This can be defined as the indiscriminate falling of forest trees

(3c)
The pinna collects sounds waves in air and pass them through external auditory canal. The waves cause the vibration of the tympanic membrane which passed on to the ear Ossicles that amplify them. The round oval window vibrates and passes the waves into the cavity of the inner ear or cochlea where the perilymph and endolymph vibrate the sensory nerve cells vibrate and stimulate the auditory nerve cells which then transmit the impulses to the brain for interpretation.

(3di)
Calyx: It protects the flower which is in the bud 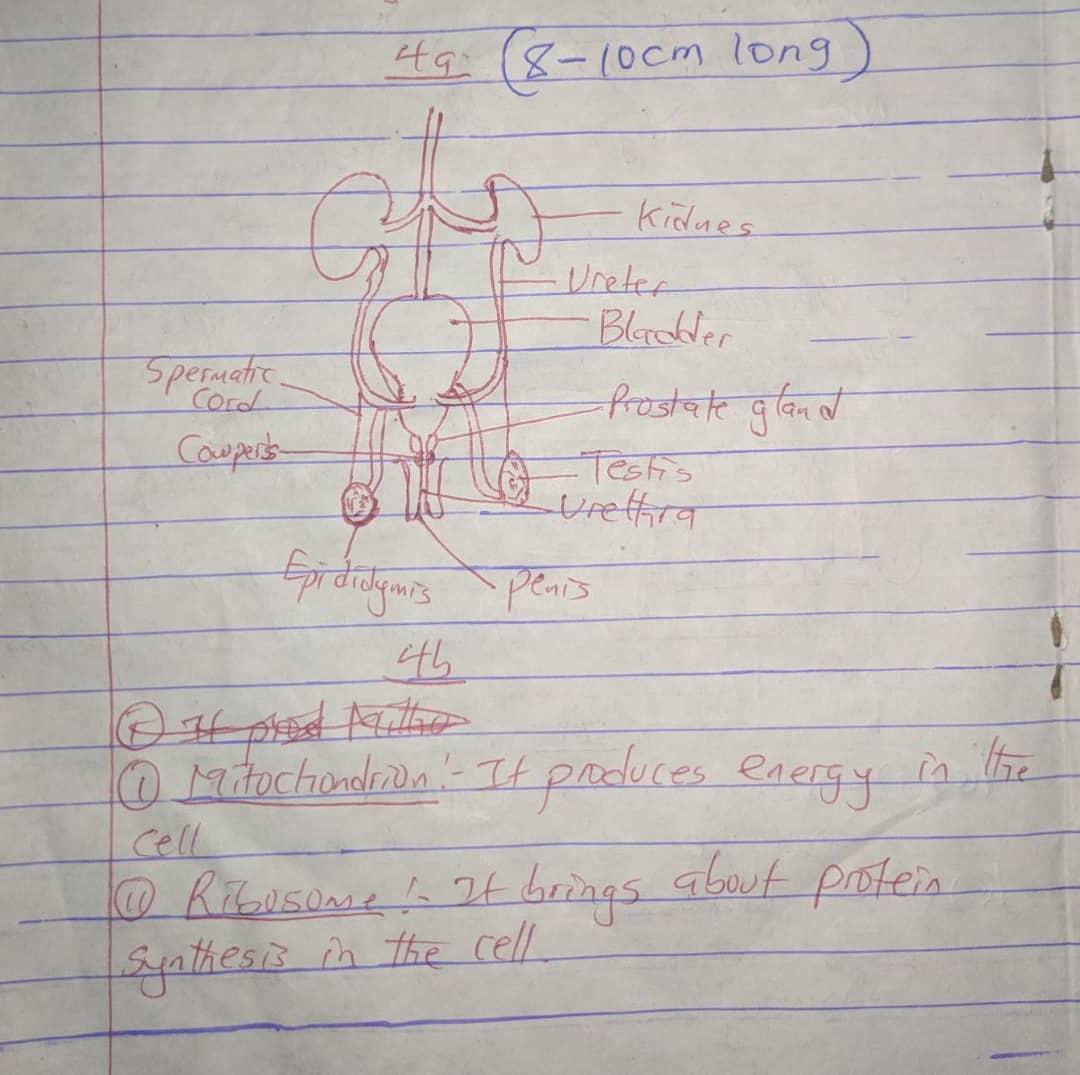 (4bi)
Mitochondrion: It produces energy in the cell

(4bii)
Ribosome: It brings about protein synthesis in the cell 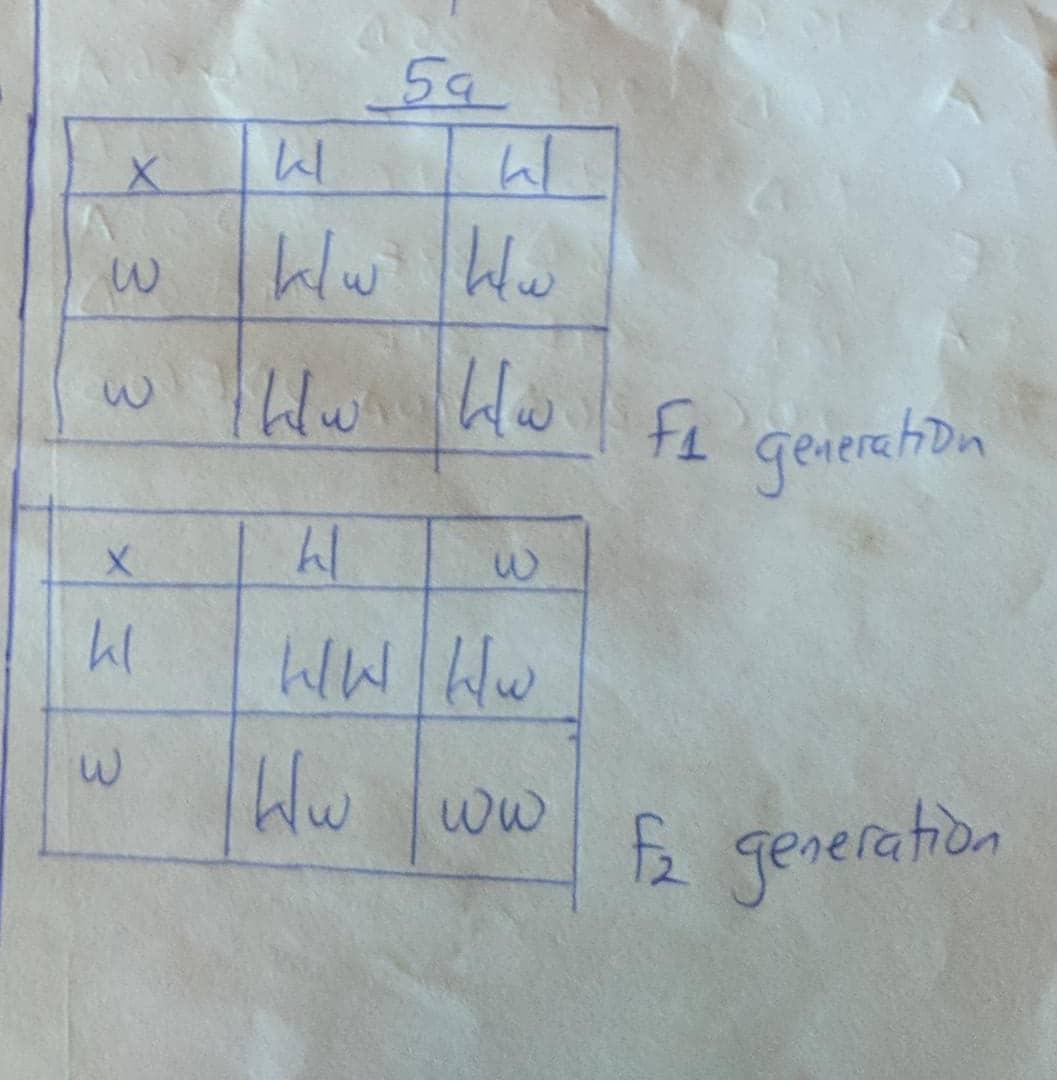 [Tabulate it if you can't draw]

(5c)
Fertilization in flowing plants leads to the production of seeds which are capable of germinating into new plant. In this case the pollen grains (male reproductive gamete) is transferred onto the stigma where it is passed into the ovary for pollination to take place and then to the ovule leading to the formation of seed.