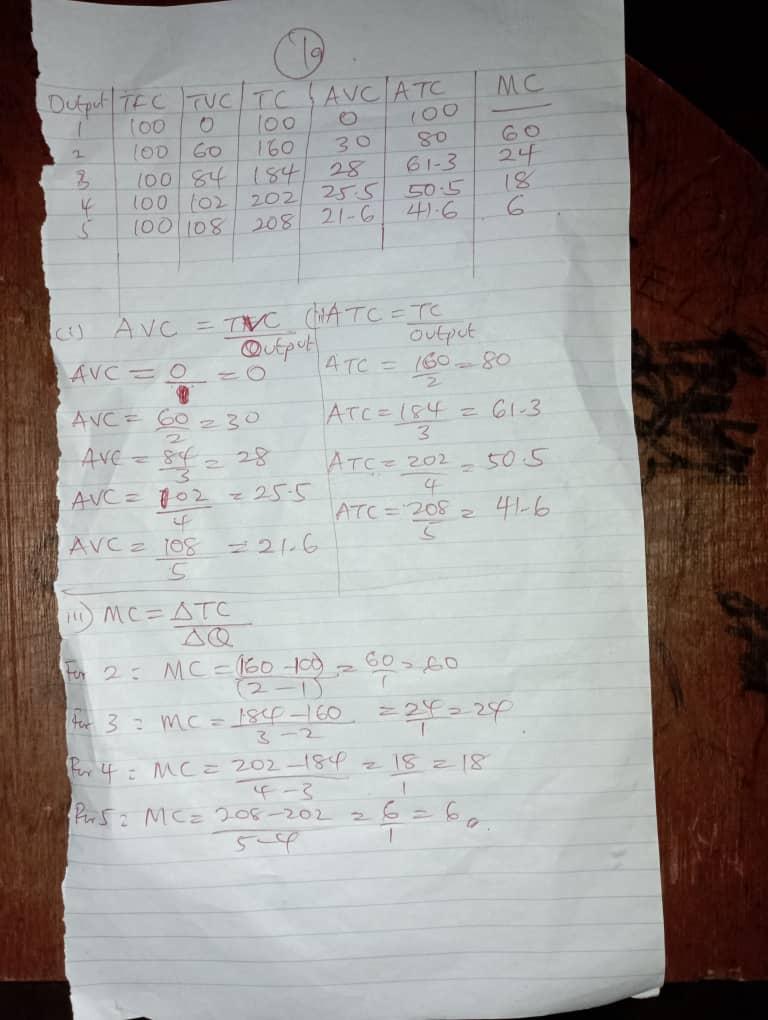 (7b)
(i) TAXES: Taxes include both direct and indirect taxes. Government generates income or revenue by taxing individuals and corporate bodies.

(v) SAVINGS; Government can also generate revenue through savings, especially when a country has budget surplus.

(10a)
Economic planning may be defined as government’s conscious formulation of economic policies for the allocation of resources to all sectors of the economy over a period of time. This brings about sustained growth in the economy.

(10b)
(i) To increase the level of employment: A good economic plan will ensure the inerease in the level of
employment in the economy.

(iv) Diversification of the economy: Through good development planning, Nigeria’s economy will be diversified to many sectors.

(ii)It allows the production and
consumption of information by allowing domestic firms to benefit
through the transfer of technology.

(iii)It has globally contributed more to
the global output by employing more
people in the sector and responsible for Growing economic interdependence.

(v)It increases movements of people
and services across national borders, f
all these have been made possible by
the revolution in communication,
information, and other technologies
well as important political changes.

(v)It has taken the front stage of economic development as a result of the rapid expansion of knowledge based.

(12a)
Nationalization is the process of taking privately-controlled companies, industries, or assets and putting them under the control of the government.

(12b)
(i) To provide social amenities such as water and electricity at affordable/reasonable prices and to protect the people from exploitation by private firms through the establishment of similar firms.
(ii) To control private monopoly through nationalisation and to raise revenue for government for developmental purposes.
(iii) To provide public goods which are not normally provided by the private sector. E.g. Defense. And to create employment which helps to raise the standard of living of the citizens.
(iv) For strategic reasons since certain industries cannot be left in the hands of the private sector e.g ammunition production and Where huge initial capital is involved, government steps in when the private sector cannot provide it.
(v) To diversify the economy, leading to growth and development and to ensure even development across the country.