(1a)
A conurbation is a region comprising several metropolises, cities, large towns, and other urban areas that, through population growth and physical expansion, have merged to form one continuous urban or industrially developed area

(1b)
(i) Shortage of residential housing: Conurbation allows the movement of people from the rural areas to the cities and towns which in turn results in population increase. An increase in the number of people living in urban areas often results in continuous scarcity of houses and a large sparse of land is also demanded further spread of settlement.

(ii) Increasing levels of pollution: Pollution of air, land and water is a major problem in most developing world cities. The drive to industrialisation brings with it inevitable problems, especially as legislation to protect the environment is often non-existent or rarely enforced. Furthermore, the hidden economy can add to the levels of pollution as small, unlicensed industries are set up in people's homes or on rooftops. These industries release their pollutants into the air, land and water.

(iii) High Rate of Unemployment: The number of people living in cities who are capable of working is higher than the number of jobs available. As more people flood the cities in search of elusive jobs, the unemployment rate keeps growing. A significant percentage of Nigerian youths are unemployed and most of them stay in urban areas

(1c)
(i) Housing development: Provision of more houses and social amenities at affordable rates to the people

(ii) Pollution control: Industrial areas should be created to limit the areas where industrial emissions are produced. Governments should aslo develop some strict laws guiding refuse dumping in an open environment

(3a)
Manufacturing industry is defined as the turning of raw materials into new products by mechanical or chemical processes at home (cottage) or in the factory.


(3b)
(i) Labour intensive: Most industries require a large amount of labour to manufacture products or services and the labour has a higher proportion of labour input than capital input which helps to create more employment.

(ii) Mainly small-scale industries: Small scale industries comprise small enterprises that manufacture goods or services with the help of relatively smaller machines and a few workers and employees which enables per capita income and resource utilization in the economy.

(iii) Production of consumer goods: Industrial goods are based on the demand for the consumer goods they help to produce. These consumer goods produced are final products or end products which consumers can purchase for use at home, school, work or for recreational or personal use. 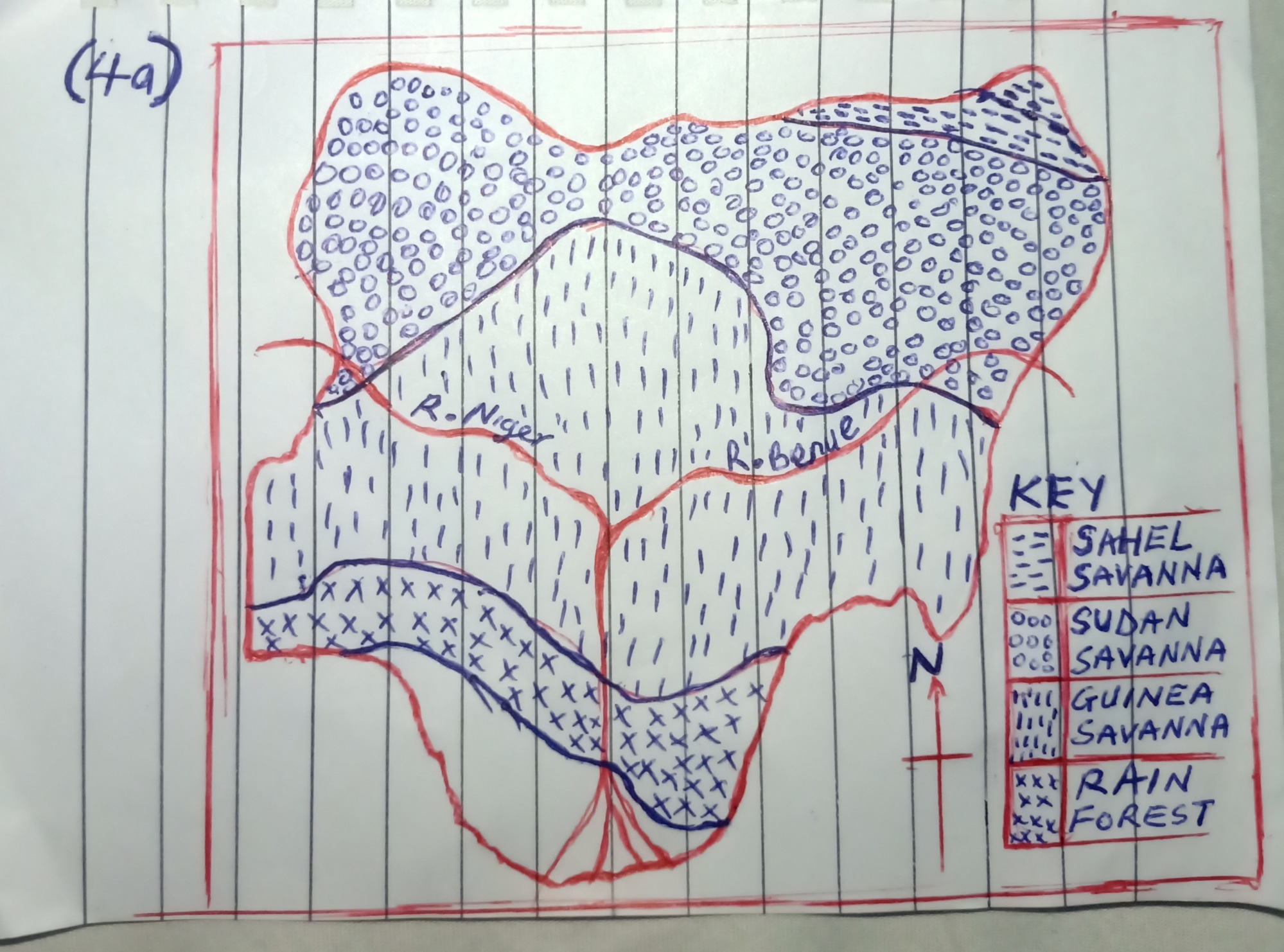 (4b)
(i) Protection of Forests: The existing forests should be protected. Apart from commercial cutting, unorganised grazing is also one of the reasons. There are several forest diseases resulting from parasitic fungi, rusts, mistletoes, viruses and nematodes which cause the destruction of trees. The forests should be protected either by use of chemical spray, antibiotics or by development of disease resistant strains of trees.

(ii) Regulated and Planned Cutting of Trees: Cutting of trees should be regulated by adopting methods like Clear cutting method which is useful for those areas where the same types of trees are available over a large area, in selective cutting of only mature trees and shelter wood cutting where first of all useless trees are cut down followed by medium and best quality timber trees.

(iii) Reforestation and Afforestation: Reforestation may be done by natural or artificial methods. Any forested land, which has been destroyed by fire or mining activities, should be reforested. For afforestation, selection of trees should be done according to local geographical conditions and care must be taken during initial growth of the trees.

(i) Drought threats plant life which leads to crop failure.
(ii) It affects human beings and livestock.
(iii) It leads to high losses of crops and livestock.
(iv) It requires the planting of low moisture requirement crops.
(v) It may lead to migration of man and animals.
(vi) It makes land lose its biological and economic values.
(vii) It causes reduction in agricultural productivity. 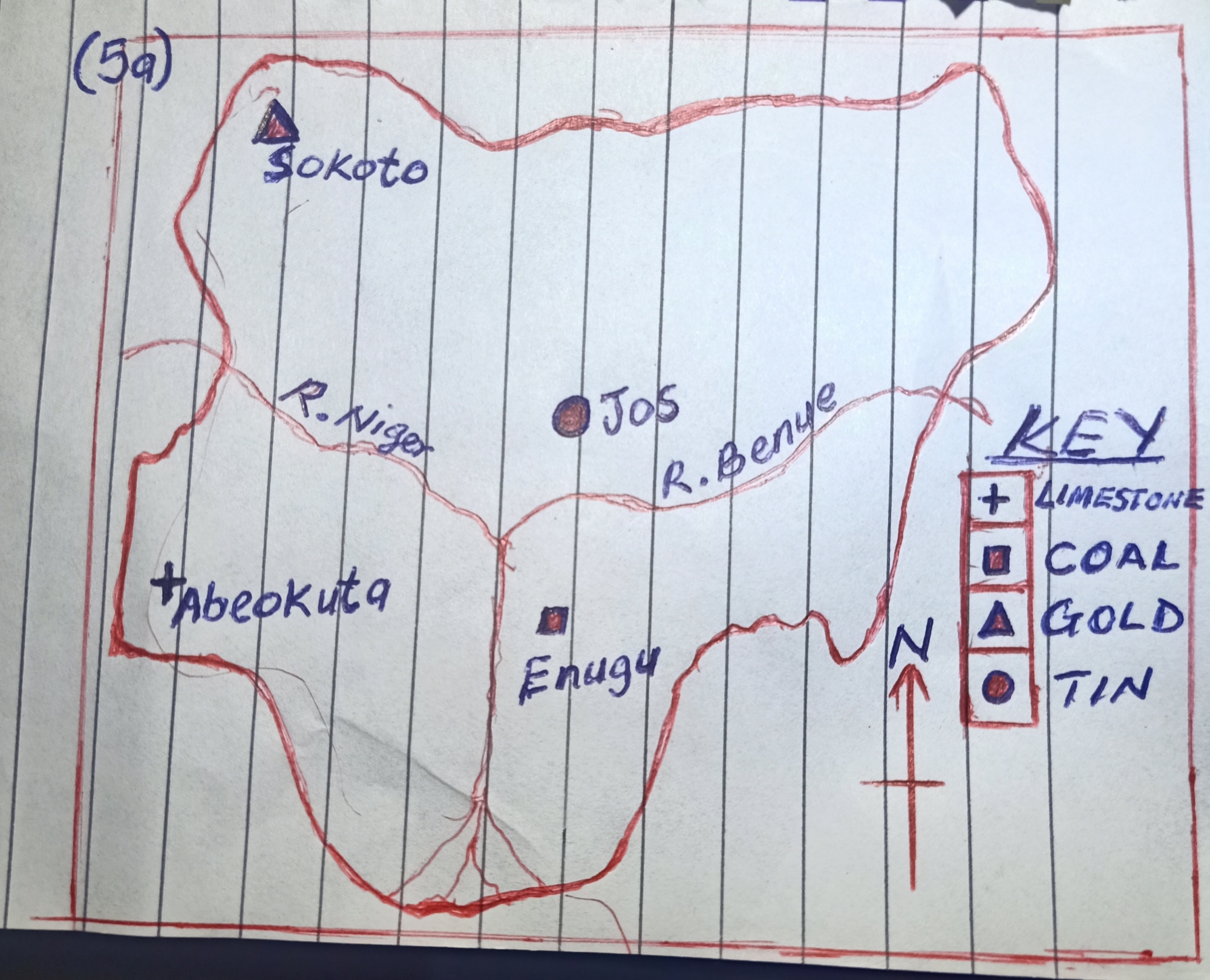 (5b)
(i) Provision of employment: The process of exploration and mining of these minerals usually generates job opportunities for people which in turn creates job employment.

(ii) Generation of revenue: One of the ways that the government of Nigeria generates revenues for the Nigerian economy is through the Taxes paid by mining companies including the export and import duties on minerals that are gotten from the country’s rich deposits.

(iii) Foreign exchange earning: The activities of mining have led to the export of minerals like petroleum, coal and tin from Nigeria thus, providing foreign exchange for the country’s economy.

(5c)
[TABULATE]
(Please make sure you tabulate this answer)

PROBLEMS AND SOLUTIONS ASSOCIATED WITH MINERAL EXPLOITATION IN NIGERIA

-SOLUTIONS:
(i) Proper management of exploitation sites
(ii) Development of a proper drainage system
(iii) Use of modern technology for exploratio