(6a)
They were classmates in secondary school

(6c)
The writer does not see farming as a noble profession

(6d)
(i) Her determination
(ii) Her ability to secure a loan from the bank.

(6e)
She was so successful that she won the best farmer of the country and employed three hundred persons.

(6f)
It suggests that the writer is not as successful as funke in her own carrier.

(7a)
(i) Diseases affects the crops in the farm.
(ii) High cost of transportation resulting from cost of fuel and vehicle maintenance.
(iii) Wastage of farm produce due to lack of storage facilities.

(7b)
(i) Government should support mechanized farming.
(ii) Storage facilities should be provided to reduce waste.
(iii) The farmers should be exposed to the use of modern farming practices and inputs.

Please if we drop any ESSAY Answers here, try to edit our work and write in ur own vocab, words or sentence to make it different from other people's own. Try change the names of the characters, names of places or words in the sentences. Try play smart. Use ur head b4 WAEC go use am for u. 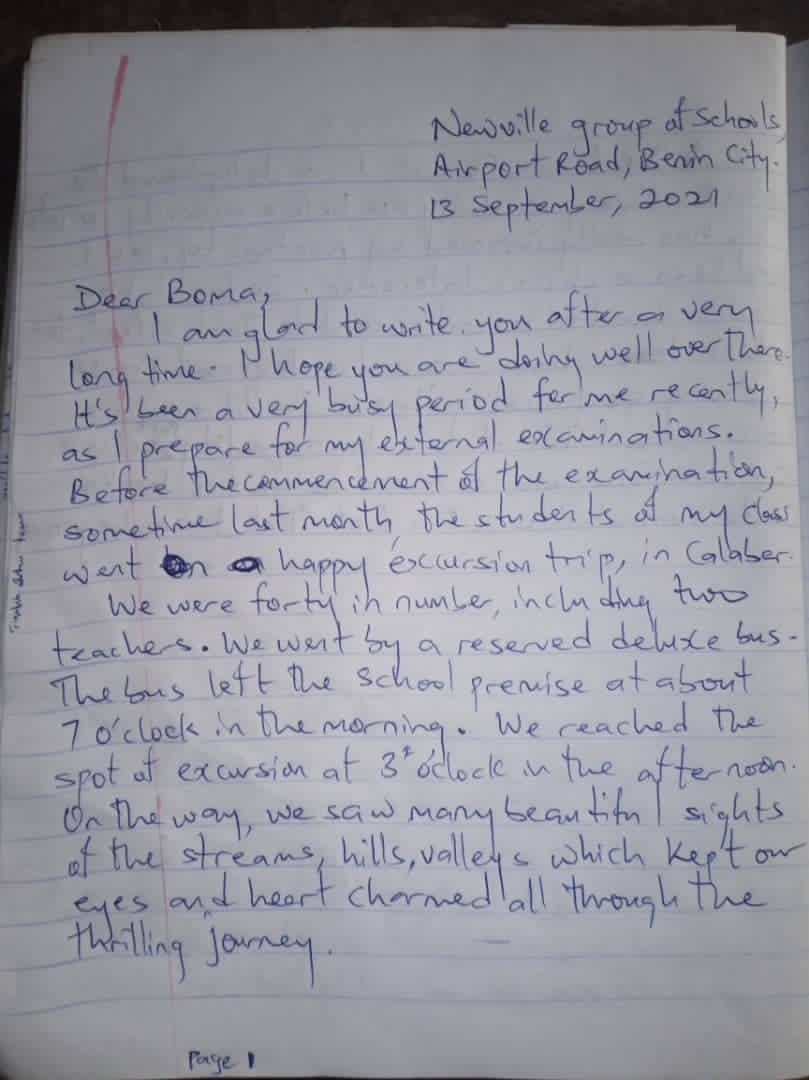 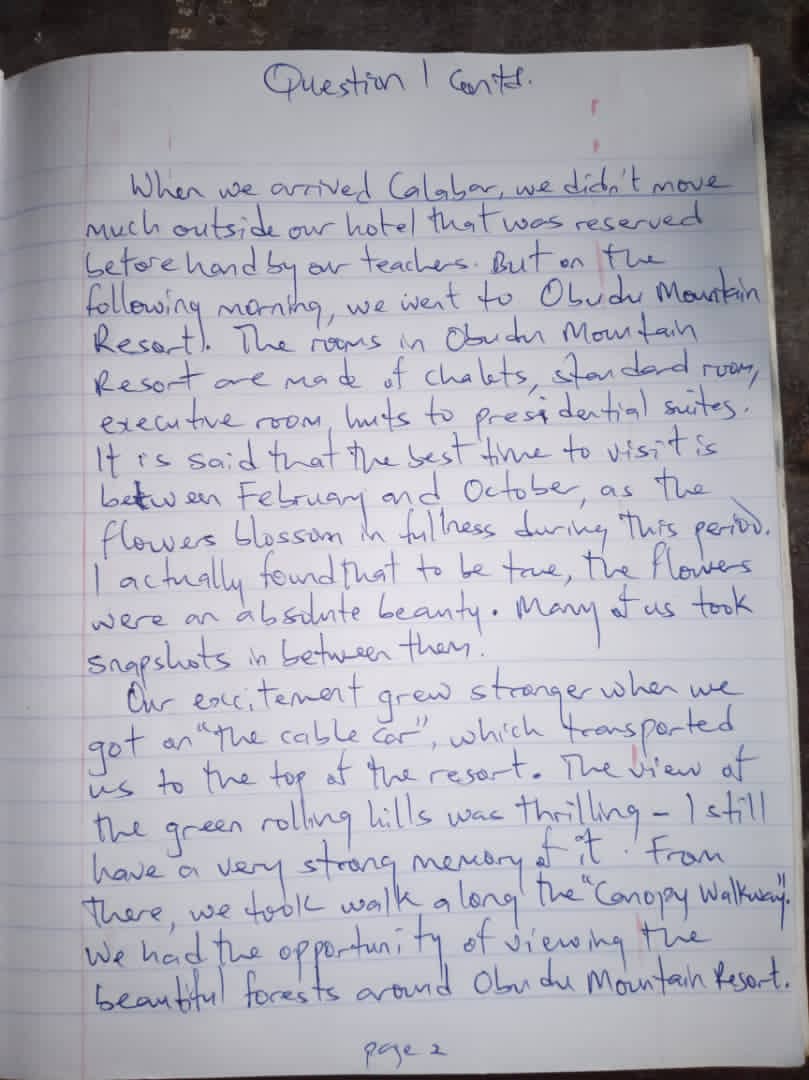 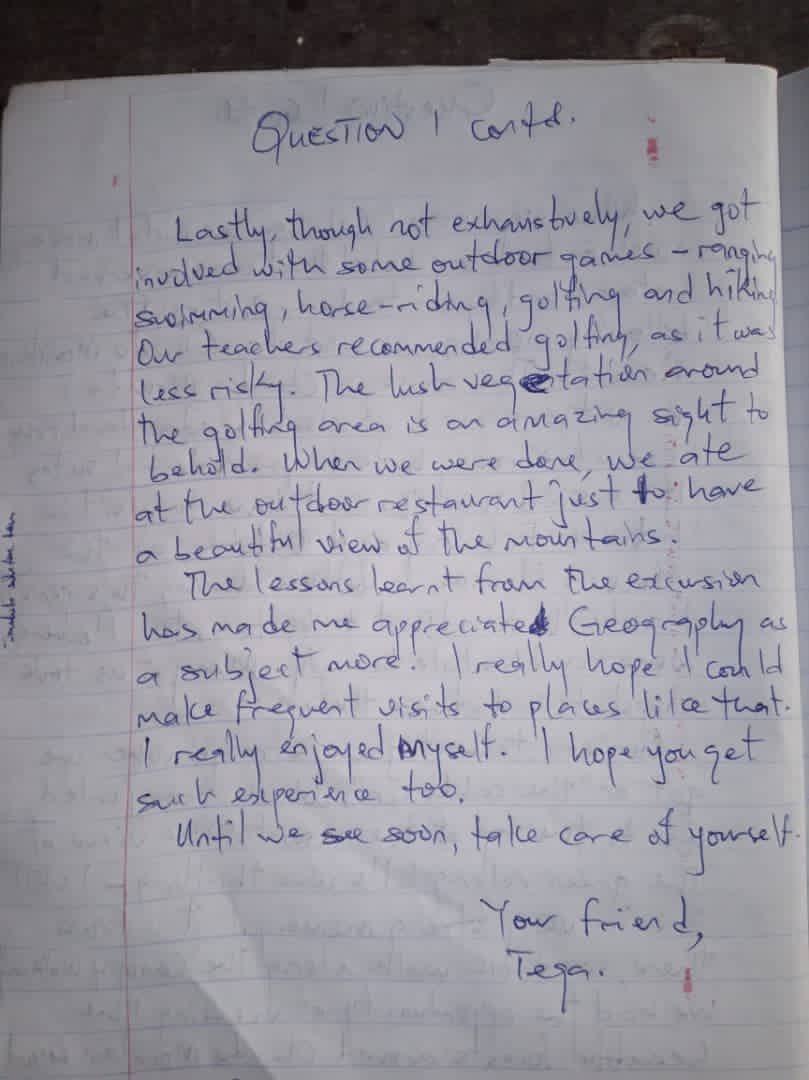 (5)
There lived an old man who lived in a village. He had two sons and one daughter. They were all well settled in their city life. His children would send him money every month so that he did not have any crisis. They also used to send letters to know about his well being.

Once in a year his sons and daughter would come to pay a visit to him but for the rest of the year his only source of communication was the letters. sometimes he would go to the post master of the village to read the letters for him because he did not know to read and write. The postmaster always used to help the old man with reading and writing the letters.

But unfortunately that post master died and a young postmaster got appointed. That young postmaster was a rude person who did not want to help the man. Slowly his way of communication with his children got cut off. He use to remain very upset.

One day the head master of the village school came to him and asked about his disappointment. The old man told him that because of his being illiterate he is facing trouble to get in touch with his children. He described how he never went to school because of his commitments towards his family. After listening to his problem, the head master gave him a solution that instead of asking help from others he should once again start going to school and read and write.

The old man said everybody would laugh at him at this age studying. The headmaster told is better late than never. So following his advice the man joined the night school and started reading and writing. within few months he started writing letters to his children and getting their answers too. By then he did not have to go to anyone to read the letter. That day he was clear on the proverb that better late than never.

1. Write a letter to your friend in another school telling him or her the valuable lessons you learnt during a recent excursion.

2. Several articles have been published on the alarming rate of indiscipline among the youth of your country.
Write your contribution.

3. Cases of malaria have been on the increase in recent times in your country. Write a letter to the Minister of Health discussing your observation and suggesting at least three ways of curbing the disease.

4. You have just been awarded a scholarship by a local company. Write a speech you would deliver at the presentation ceremony stating the benefits of the scholarship.

5. Write a story which ends with the statement: "Better Late Than Never"