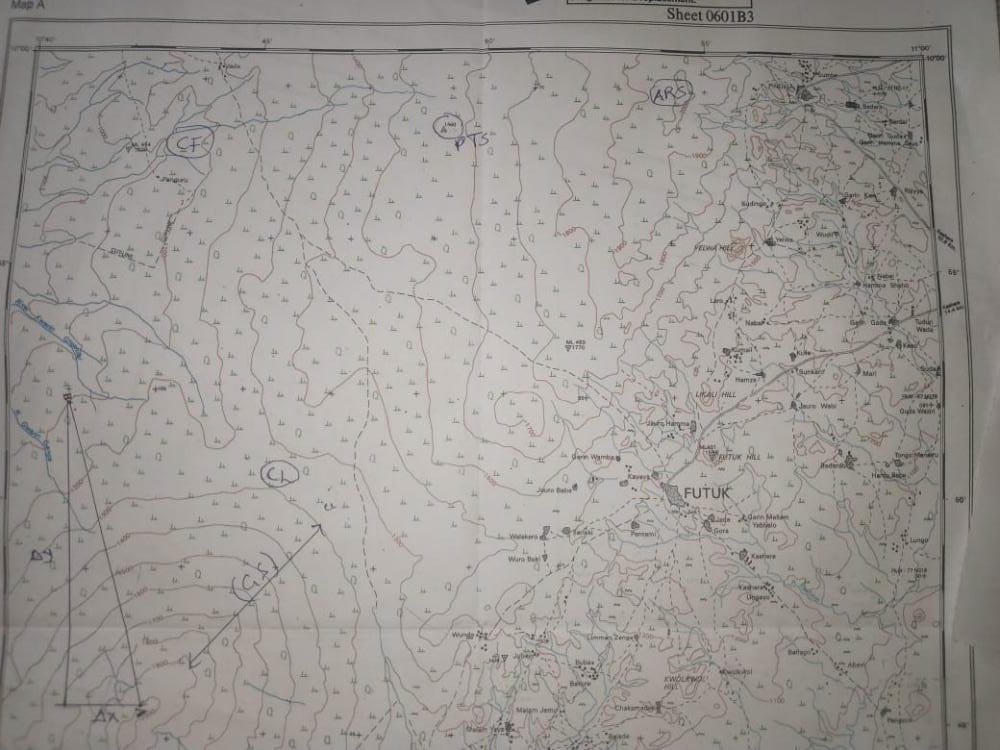 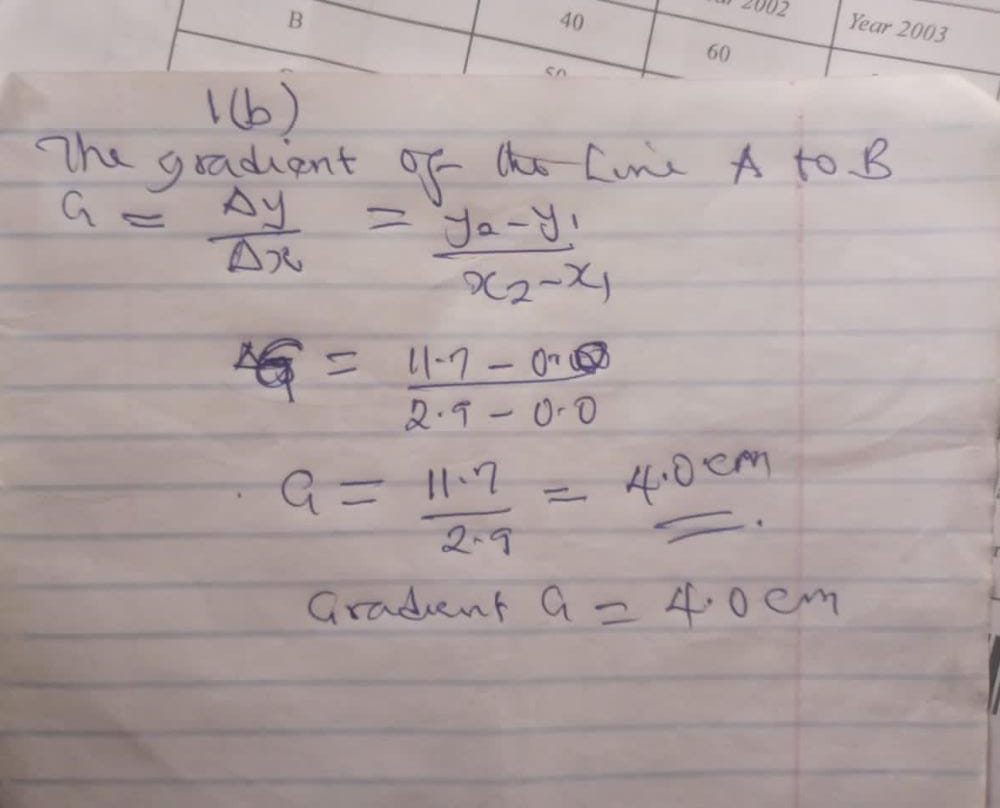 (6b)
Characteristics of Block Mountains:

Formation of Block Mountains:
Block Mountains are formed when two tectonic plates move away from each other causing cracks on the surface of the Earth. When parallel cracks or faults occur, the strip of land or the block of land between them may be raised resulting in the formation of block mountains. The upward block is called a horst. 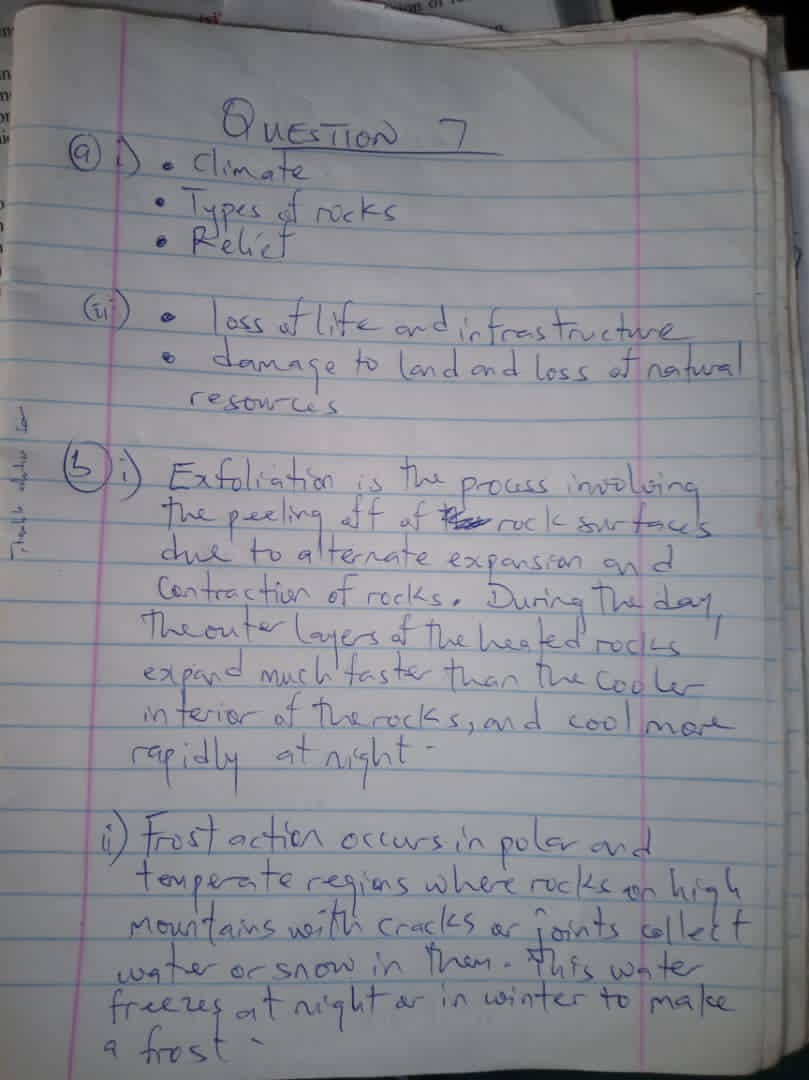 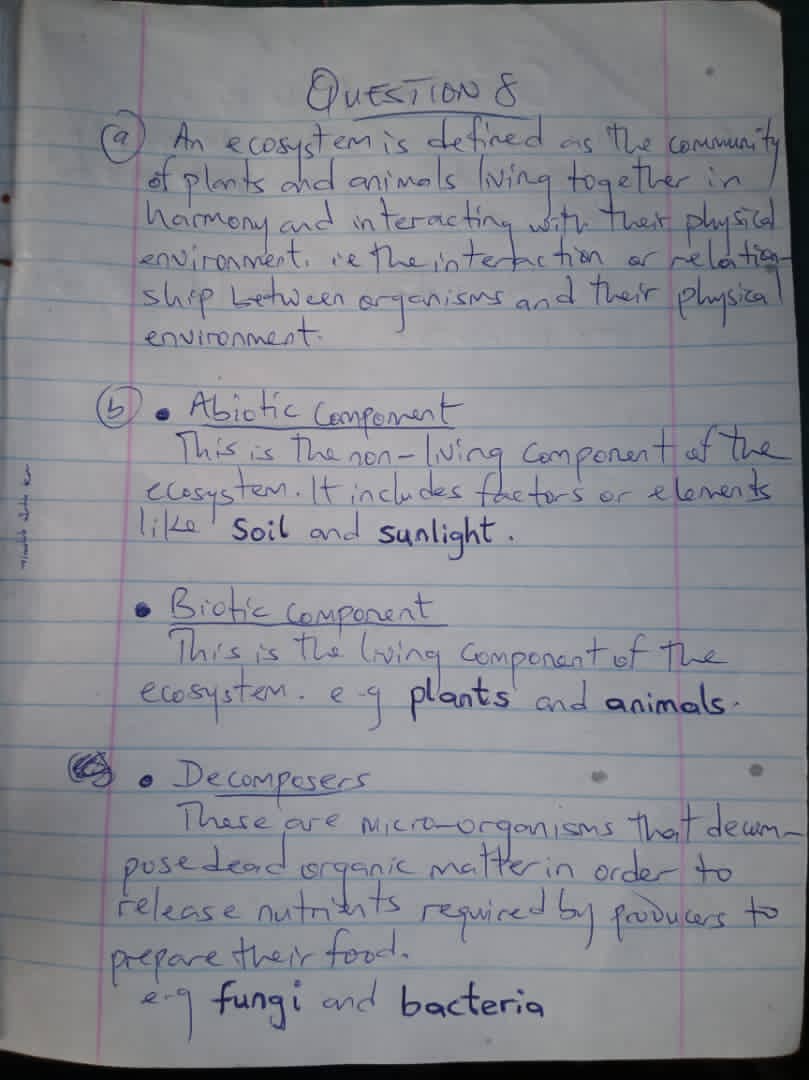 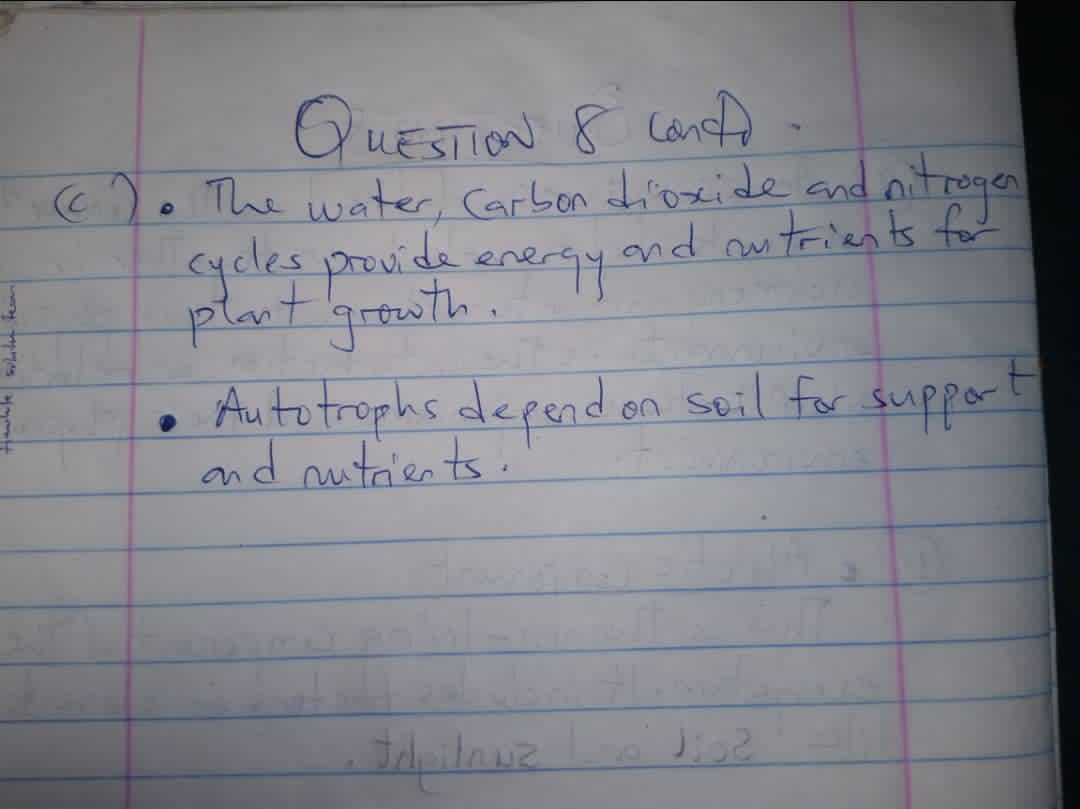 (1c)
(PICK ANY FOUR)
(i)Deliberate effort should be made towards the expansion of the Raul network ,inorder to generate growth in the economy. Effort should be geared towards improvement of the efficiency of the rail network

(ii) Government should make capital available to railway authorities to enhance efficiency. Training and retraining of personnel should be undertaken from time to time

(iv)Adoption of standard gauges is very important , so as to enhance operational efficiency.Also There should be Faster engines and coaches to facilitate east and quick movement.

(v)There should be embarkment to check steep gradients, uniform gauges should be adopted, double tracks should be constructed and There should also be improved communication system.

(2a)
Urbanization means a change in the functions of a settlement from a rural character to an urban character. While population density is defined as the number of persons per unit area of land. An urbanized town may not be overpopulated.

(2b)
(i) Increased demands for goods and services: As a result of high influence of people in to urban areas, there will be increased demand for goods and services to satisfy their wants.
(ii) Inadequacy of social amenities: Social amenities like pipe-borne water, electricity, will be in high demand when people migrate to urban areas.
(iii) Increase in social vices: Social vices like arm robbery, higher assassination, car snatching will be on the increase, partly due to unemployment and other factors in urban centres.
(iv) Inadequacy of land: High concentration of people in urban centres tends to lead to land fragmentation which reduces the size of farmlands and leads to low yields.

(2c)
(i) Price control measures need to be put in place to cushion the effect of high demand for goods and services.
(ii) Provision of social amenities must improve.
(iii) Security must improve.
(iv) The government must see to it that modern framing techniques are introduced whilst developing new towns.

(i) A small labour force made up of mainly the family members is employed
(ii) Small quantities of articles are produced
(iii)Less capital intensive
(iv)Irregular hours of work
(v) Prices of products are negotiable as it uses simple tools
(vi)Irregular income and uses local raw materials mainly.

(3b)
(PICK ANY THREE)
(i) The Local Craft industries are often affected by lack of raw materials which hinders the production.
(ii) Poor patronage from the indigenes as a result of poor finishing and low purchasing power.
(iii) Lack of modern equipment to reduce the physical human labour in order to increase production.
(iv) Problem of transportation to bring the finished products from where that are produced in the interior to the markets in the urban centers.

(iii)Colonial ties: The inclination of some developing countries to their colonial masters has helped to increase the volume of trade between the nations.

(vi)Preference for imported goods: Developing countries like Nigeria has preference for goods produced by advanced countries; hence, the high volume of trades 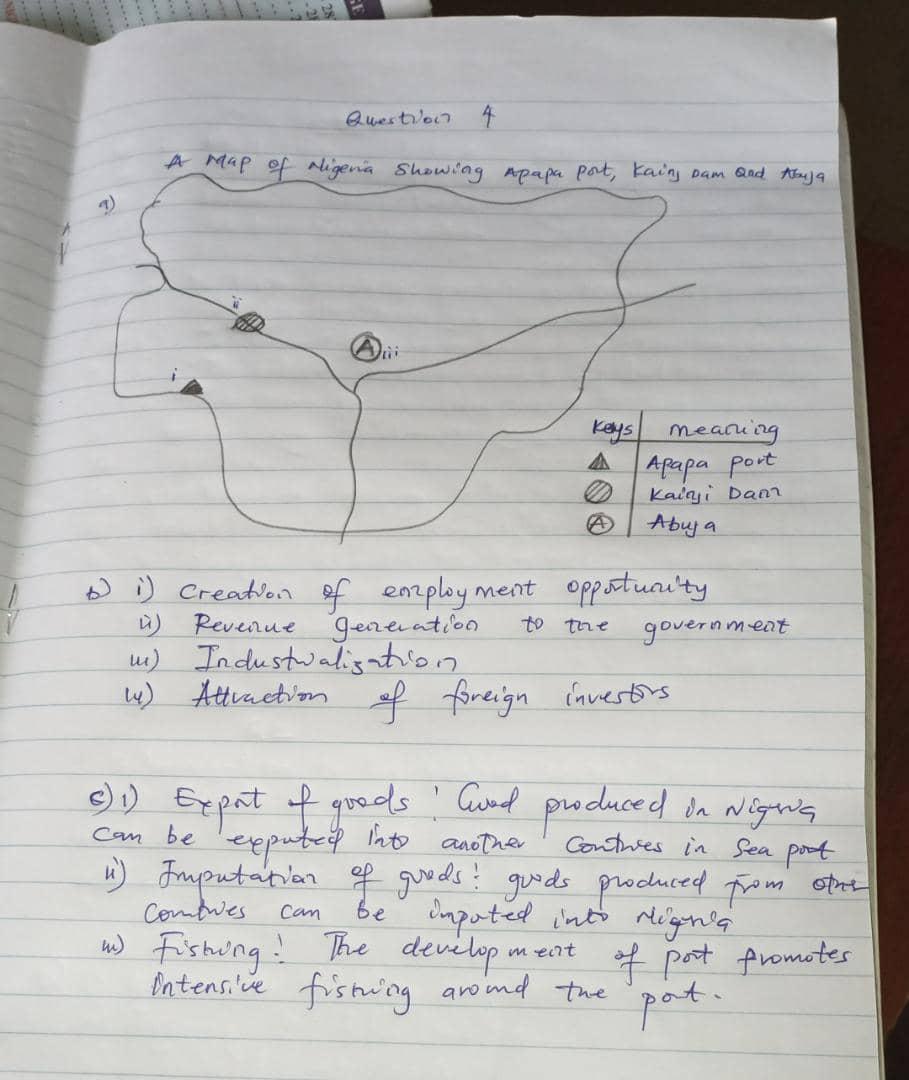 
(5b)
(PICK ANY FIVE)
(i)It is very common in rural areas with abundant farmlands.
(ii) It involves small holdings of farmlands.
(iii) Food crops like yam, cassava and maize are grown.
(iv)Farmlands are left to fallow after one or two years of cultivation.
(v) A farmer returns to the farmland after a fallow period of 2-5 years.
(vi) It uses slash or burn method for land preparations.
(vii) It does not involve the cultivation of cash crops like cocoa, rubber and oil palm.
(viii)Bush fallowing is practised where population is very low.
(ix) Produce is usually very low and there is little or none for sale.


(5c)
(PICK ANY FOUR)
(i) It leads to wastage of land which could have been used by allowing it to lie fallow
(ii) It leads to land fragmentation due to increase in population
(iii)It allows for cultivation of only one seasonal crops like maize,rice and millet
(iv) It does not lead to mechanisation of farms i.e it does not allow for large scale mechanised farming
(v)It results in poor yield resulting from shorter fallow period as population
(vi)It leads to soil erosion when soil is exhausted and it destroys valuable forest resources like timber.