(2a)
A man from tribe of Benjamin ran from the battle line and went to Shiloh with his clothes torn and dust on his head. When he arrived, there was Eli sitting on his chair by the side of the road, watching, because his heart feared for the ark of God. When the man entered the town and told what had happened, the whole town sent up a cry. Eli heard the outcry and asked, “What is the meaning of this uproar?”
The man hurried over to Eli, who was ninety-eight years old and whose eyes had failed so that he could not see. He told Eli, “I have just come from the battle line; I fled from it this very day.” Eli asked, “What happened, my son?” The man who brought the news replied, “Israel fled before the Philistines, and the army has suffered heavy losses. Also your two sons, Hophni and Phinehas, are dead, and the ark of God has been captured.” When he mentioned the ark of God, Eli fell backward off his chair by the side of the gate. His neck was broken and he died, for he was an old man, and he was heavy. He had led Israel forty years. His daughter-in-law, the wife of Phinehas, was pregnant and near the time of delivery. When she heard the news that the ark of God had been captured and that her father-in-law and her husband were dead, she went into labor and gave birth, but was overcome by her labor pains. As she was dying, the women attending her said, “Don’t despair; you have given birth to a son.” But she did not respond or pay any attention. She named the boy Ichabod, saying, “The Glory has departed from Israel” because of the capture of the ark of God and the deaths of her father-in-law and her husband. She said, “The Glory has departed from Israel, for the ark of God has been captured.

(5a)
When Jesus was about 30 years old, God called his cousin John, the son of Zechariah, to preach. He started preaching in the area around the Jordan River where no one lived. But when people heard about him, they started coming out to listen to him preach. He was saying, "Repent" (that is, change your hearts and lives), "Because the kingdom of heaven is coming soon." People were telling of the sins they had done wrong, and John was dipping them in the Jordan River so that God would forgive their sins. That is why people started calling him John the Baptist and John the Baptizer, because the word "baptize" means "to dip in water."

John also told the people: "there is a person coming later who is greater than I am. I am not good enough to kneel down and unite his shoes. I am dipping you in water. But that person who is coming will dip you in the Holy Spirit." John did not know at that time who that person would be, but God told him, "You will see the spirit come down and rest on a man. That man us the one who will dip people in the Holy Spirit."

At that time Jesus came from the town of Nazareth in Galilee to the place where John was. He wanted John to baptize him, that is, to dip him in water. John knew that Jesus was a good man, and so he tried to stop him. He told Jesus, "I need to be baptized by you! Why do you come to me?" Jesus answered, "Let it be this way for now. For in this way it is proper for us to complete everything that is right." So John agreed to baptize Jesus.

Now after John had dipped Jesus in the Jordan River, Jesus came up out of the water and started praying. And the sky opened and the spirit of God came down in the form of a Dove and sat on Jesus. And a voice spoke from Heaven. It said, "This is my son, whom I love. I am very pleased with him." After that, John the Baptist started telling people that Jesus was the son of God.

(5b)
(i) It is the fulfillment of prophesy
(ii) Jesus' baptism reflects our need for salvation.
(iii) It proves that Jesus is the true Messiah that is to come

(8a)
According to James, Christians should count it all joy, when they go through difficulties because it tests their faith and when faith is tested it produces steadfastness which makes a person perfect and complete, lacking nothing.
He taught that if anybody lacks wisdom, that person must ask God who gives it out generously without holding back. James wrote that whoever asks from God must ask in faith, not doubting because a person who doubts is like the wave of the sea, that is, blown and tossed by the wind. That person should not expect to receive anything from the Lord.
Teaching about faith and works, James said it does not profit a man if he said he has faith but lacks works because his faith can never save him. For instance, if a person is feeling cold because he is not wearing warm clothing, you do not tell the person to be warmed without providing him with warm clothing. So also when a person is hungry, you do not tell the person to be filled without giving him food. If such a person is not given what he really needs, work done is zero. The moral is that faith not backed by works is dead.
To James, when Abraham tried to offer his son Isaac on the altar, he was justified by works. He taught that Abraham's faith was complemented by his work (offering Isaac to God). James also spoke of Rahab the harlot, how she received the messengers of Israel and sent them out on another route to save their lives. This also showed that her faith was justified by works. Therefore, to James, a man is justified by faith and works, not by faith alone.
James concluded that as the body without the spirit is dead, so also faith without works is dead.

(8b)
(i) By providing the needs of those who are incapacitated.
(ii) By obeying the instructions or commandments of God

(9a)
In Peter’s teaching on good citizenship, he told the people to make themselves subject to every human authority. It does not matter whether it is the emperor himself or the Governors sent by him to reward the just and punish the wicked because it is the will of God. When they do this, according to Peter, they will silence the ignorance of fool Peter advised them to live as people who are free but also they should not use their freedom as a pretext to foment evil. Peter told them to live as servants of God. They must honour everybody, love the brotherhood. They must fear God and honour the emperor. In other words Peter also teach them about salvation, if you have tasted the kindness of the Lord. And he told them about coming to Him as to a living stone which has been rejected by men, but is choice and precious in the sight of God, you also, as living stones, are being built up as a spiritual house for a holy priesthood, to offer up spiritual sacrifices acceptable to God through Jesus Christ. For this is contained in Scripture.

(9b)
(i) It earns respect from the society
(ii) Positive values of a good citizen uplifts him or her in any organisation he works in.
(iii) It brings about successfulness in business or job 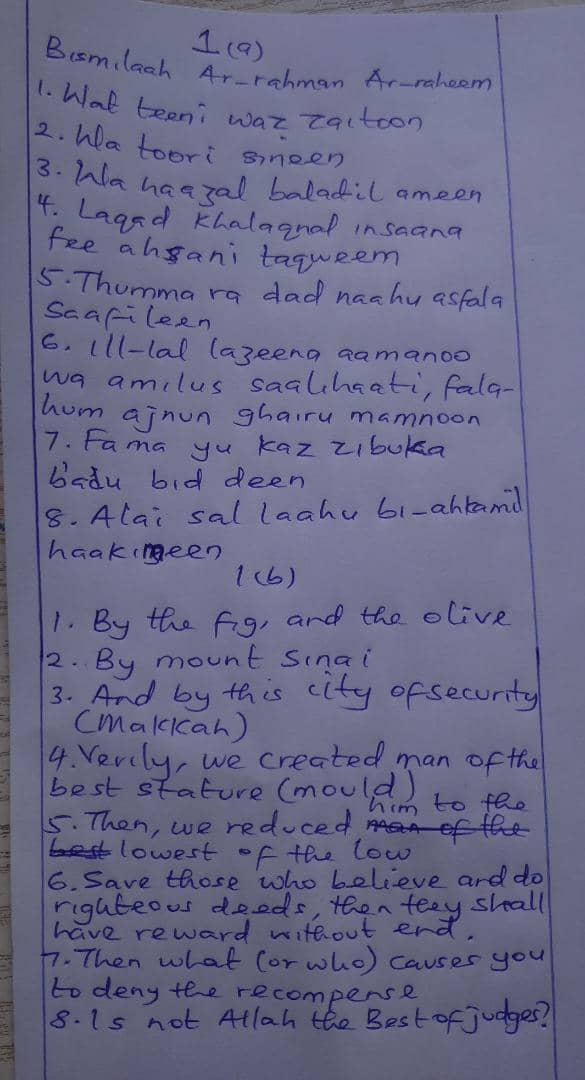 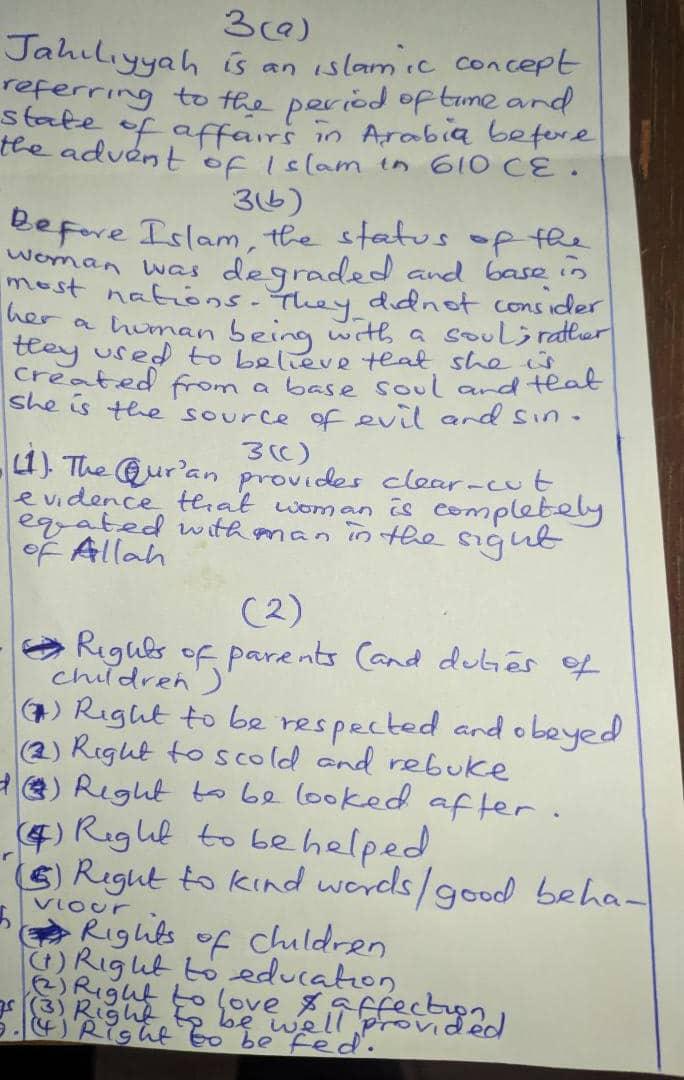 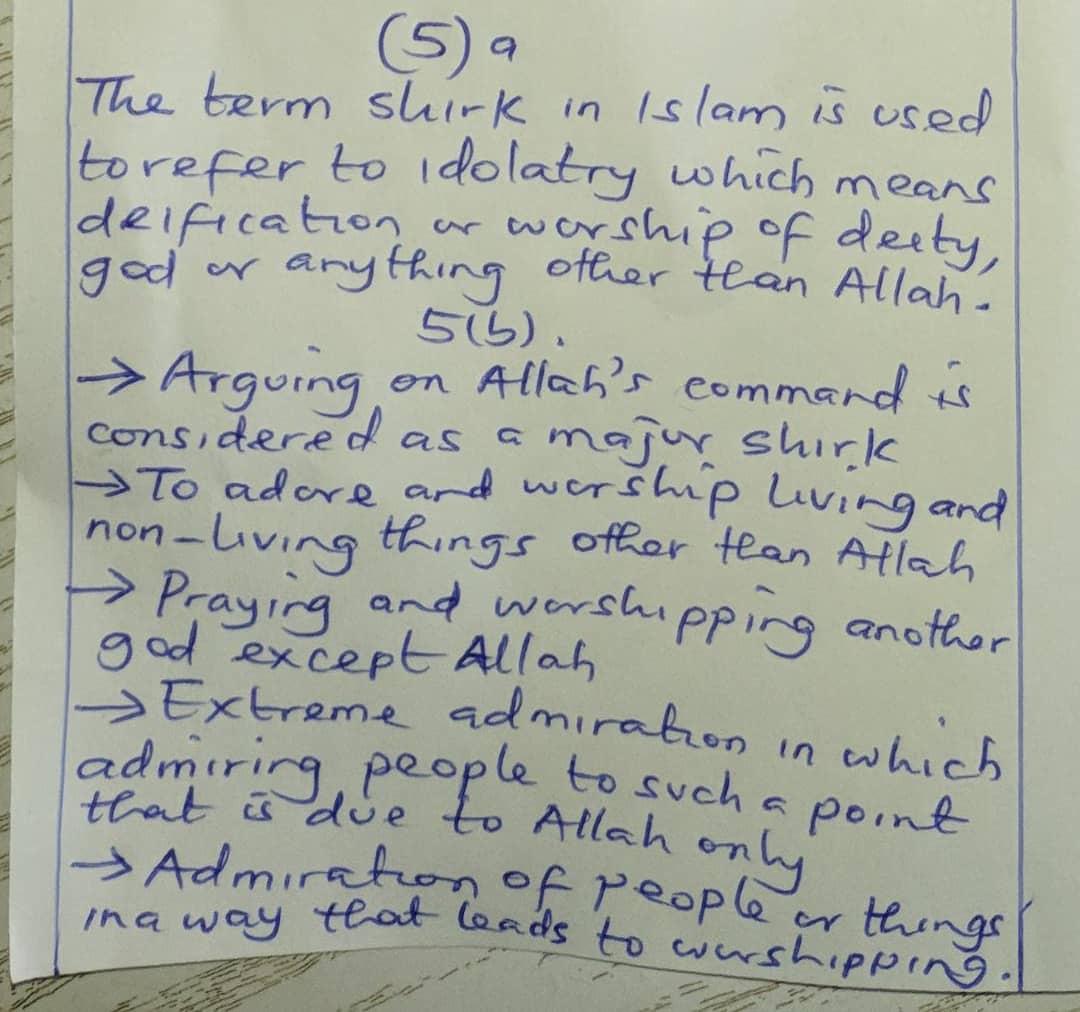 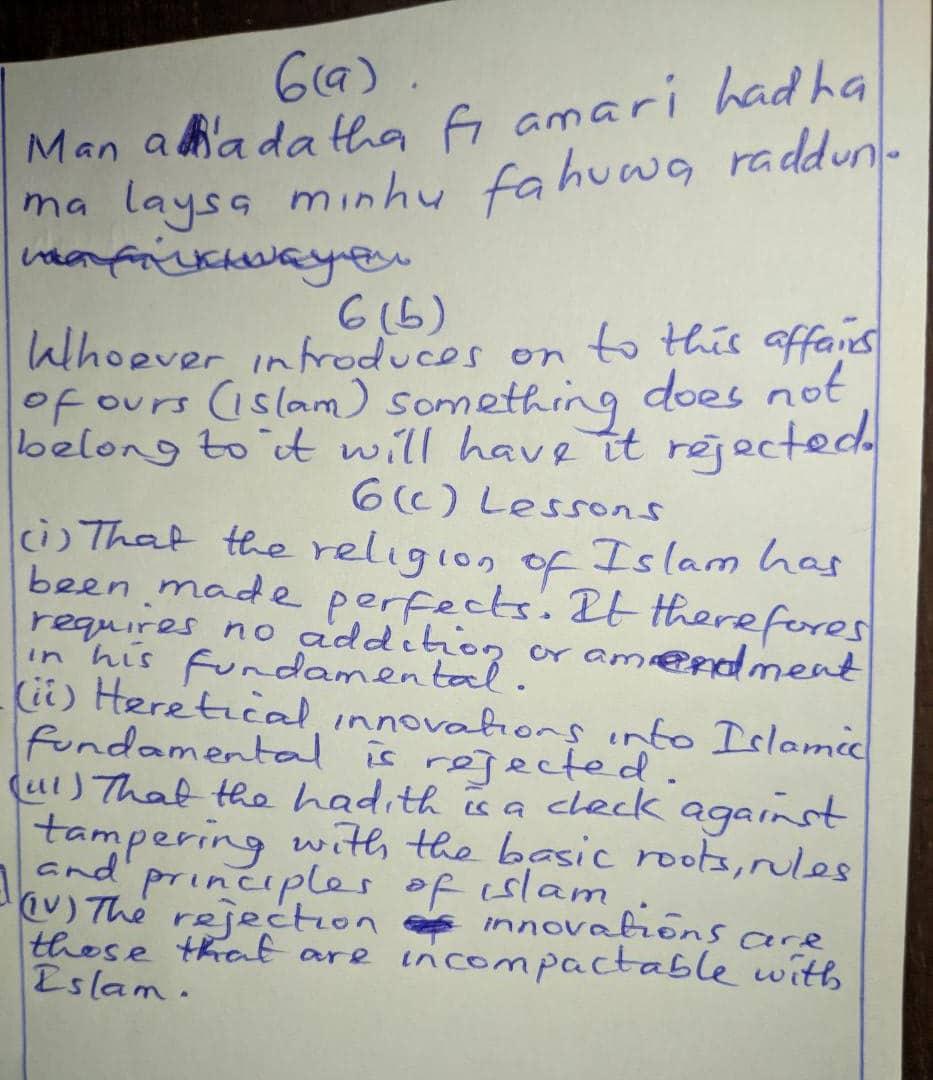