(2di and 2dii)
Draw the diagrams 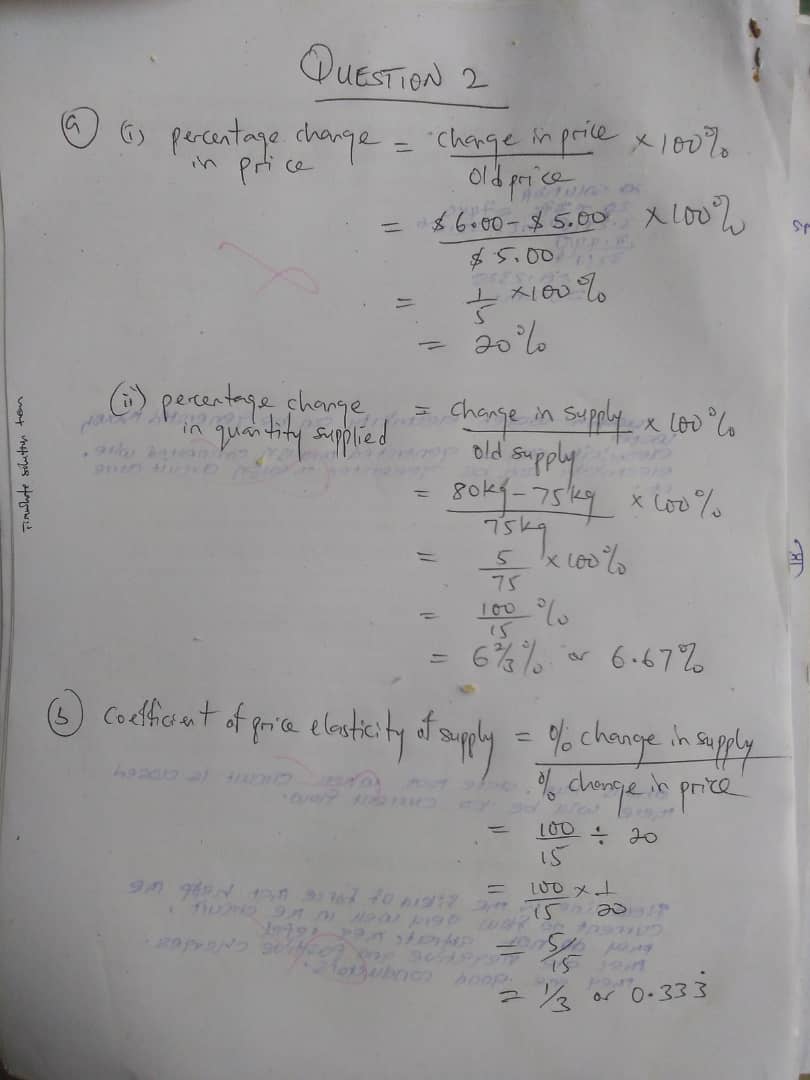 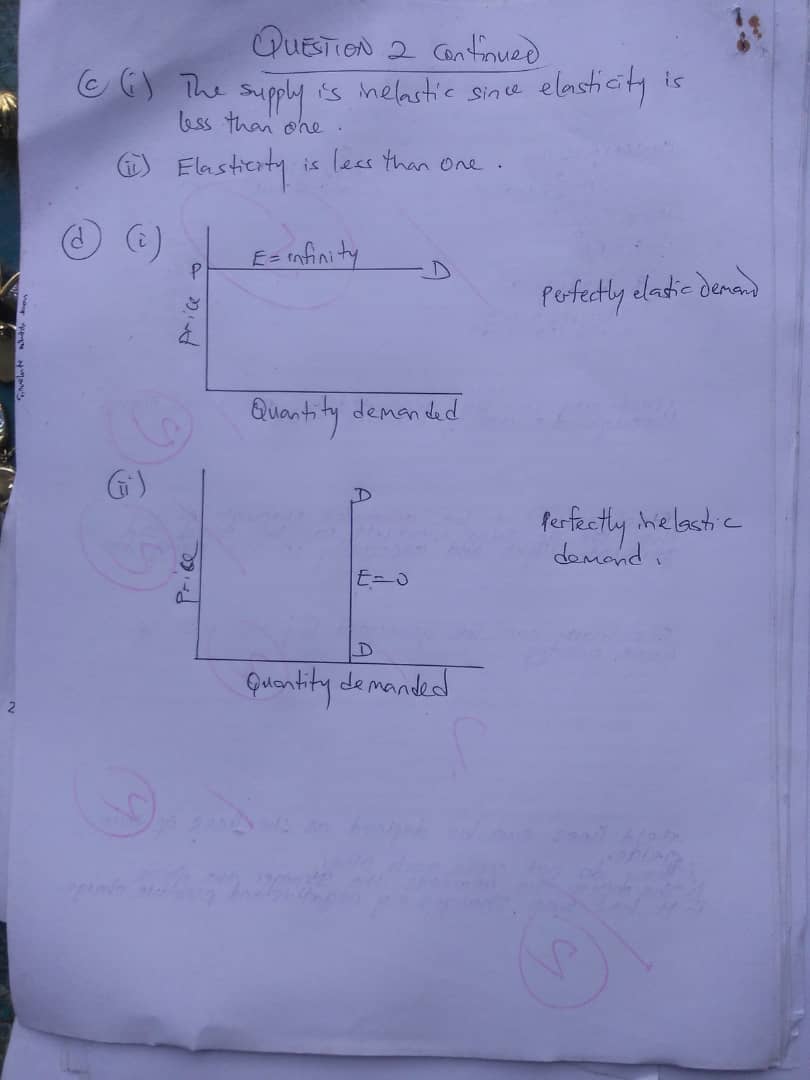 (5a)
(i) A direct tax is imposed directly on income of individuals or organisations WHILE Indirect Tax is imposed on goods and services.
(ii) Direct Tax burden is borne by the payer WHILE Indirect Tax burden is borne by the producer.
(iii) The tax payers in a direct tax is aware of the payment of such tax WHILE the tax payers under indirect tax are not aware of the amount being paid for such tax.

(5c)
(i) It helps to Protect infant industries.
(ii) It is a source of government revenue.
(iii) It helps to correct balance of payment deficit.


(6a)
Central bank is an independent national authority that conducts monetary policy, regulates banks, and provides financial services including economic research. Its goals are to stabilize the nation's currency, keep unemployment low, and prevent inflation.

(6b)
(i) Regulator of Currency:
The central bank is the bank of issue. It has the monopoly of note issue. Notes issued by it circulate as legal tender money. It has its issue department which issues notes and coins to commercial banks.

(ii) Custodian of Cash Reserves of Commercial Banks:
Commercial banks are required by law to keep reserves equal to a certain percentage of both time and demand deposits liabilities with the central banks. It is on the basis of these reserves that the central bank transfers funds from one bank to another to facilitate the clearing of cheques.
Thus the central bank acts as the custodian of the cash reserves of commercial banks and helps in facilitating their transactions.
(iii) Custody and Management of Foreign Exchange Reserves:
The central bank keeps and manages the foreign exchange reserves of the country. It buys and sells foreign currencies at international prices. Further, it fixes the exchange rates of the domestic currency in terms of foreign currencies.

(7a)
Inflation may be defined as a persistent rise in the general price level of goods and services. Inflation occurs when the volume of purchases is permanently running ahead of production, with too much money in circulation chasing too few goods.

(7b)
[Choose Any Three]
(i)Reduction in burden of debt : During inflation debtors gain because there is too much money in circulation,which will enable them to pay their debts with ease.
(ii)Higher profit margin : Because producers are selling their goods at higher prices,this will lead to higher profits.
(iii)Higher tax yield:As a result of high volume of money in circulation, government is able to realise high yield from taxes
(iv)Higher output:Higher prices of goods and services during inflation encourage producers to embark on large scale production,resulting in greater output.


(7c)
[Choose Any three]
(i)Decline in profits: Deflation causes a decline in profits as a result of low volume of money in circulation
(ii) Fall in prices of goods:As a result of decline in the volume of money in circulation, the prices of goods and services tend to fall.
(iii)It discourage imports: Goods imported are generally more expensive and there is no hope of selling such goods in an economy that is experiencing deflation
(iv)Fixed income earners gain: During the period of deflation,Fixed income earners gain because wages are fixed and they are able to buy more goods and services
(v)It result in unemployment and creditors gain: Deflation brings about unemployment in the labour market and creditors gain because money has added value during the period of deflation


(8a)
Economic development may be defined as the process whereby the level of national production (that is national income ) or per capital income increases over a period of time.

(iii)Provision of fund for the supply and development of infrastructural facilities such as electricity;water,transport and telecommunications.

(iv)Provision of fund for the agricultural development of member nations.

(iii)To helps by providing guarantees against loads granted to large and small units and other projects for the member nations.

(iv)To ensures that the development projects are implemented.