(1a)
(i) To safeguard farmers against unreasonable eviction
(ii) To ensure that agricultural land is not unnecessarily diverted to non-agricultural purposes
(iii) To make large tracts of land available for government-sponsored development of large scale farms
(iv) To carry out large scale improvement such as irrigation, drainage and soil water conservation

(1c)
(i) Seed tube: They conduct seeds from feed cups to the furrow lines
(ii) Furrow opener: It creates a well-defined groove in the soil where the seed can be placed at the proper depth
(iii) Hopper: Holds particulate matter or flow-able material of any sort
(iv) Seed metering device: To collect seed in a singular or group fashion
(v) Furrow wheel: To stabilize the plough and take side thrust

(2a)
(i) Monocropping: The practice of growing a single crop year after year on the same land.

(ii) Mixed cropping: It involves the growing of two or more species or cultivars of the same species simultaneously in the same field.

(iii) Mixed farming: It is a type of farming which involves both the growing of crops and the raising of livestock.

(iv) Crop rotation: the practice of growing a series of different types of crops in the same area across a sequence of growing seasons. 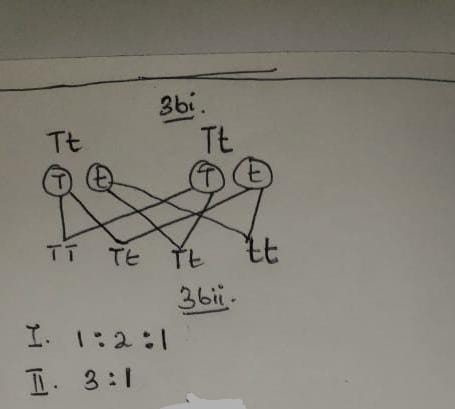 (3c)
Mendel’s first law states that genes are present in pairs in non-reproductive cells so that each gamete contains only one contrasting factor. [SEGREGATION]

Mendel’s second law states that when more than one pair of factors are considered, each pair segregates independently of every other pair.[INDEPENDENT ASSORTMENT] 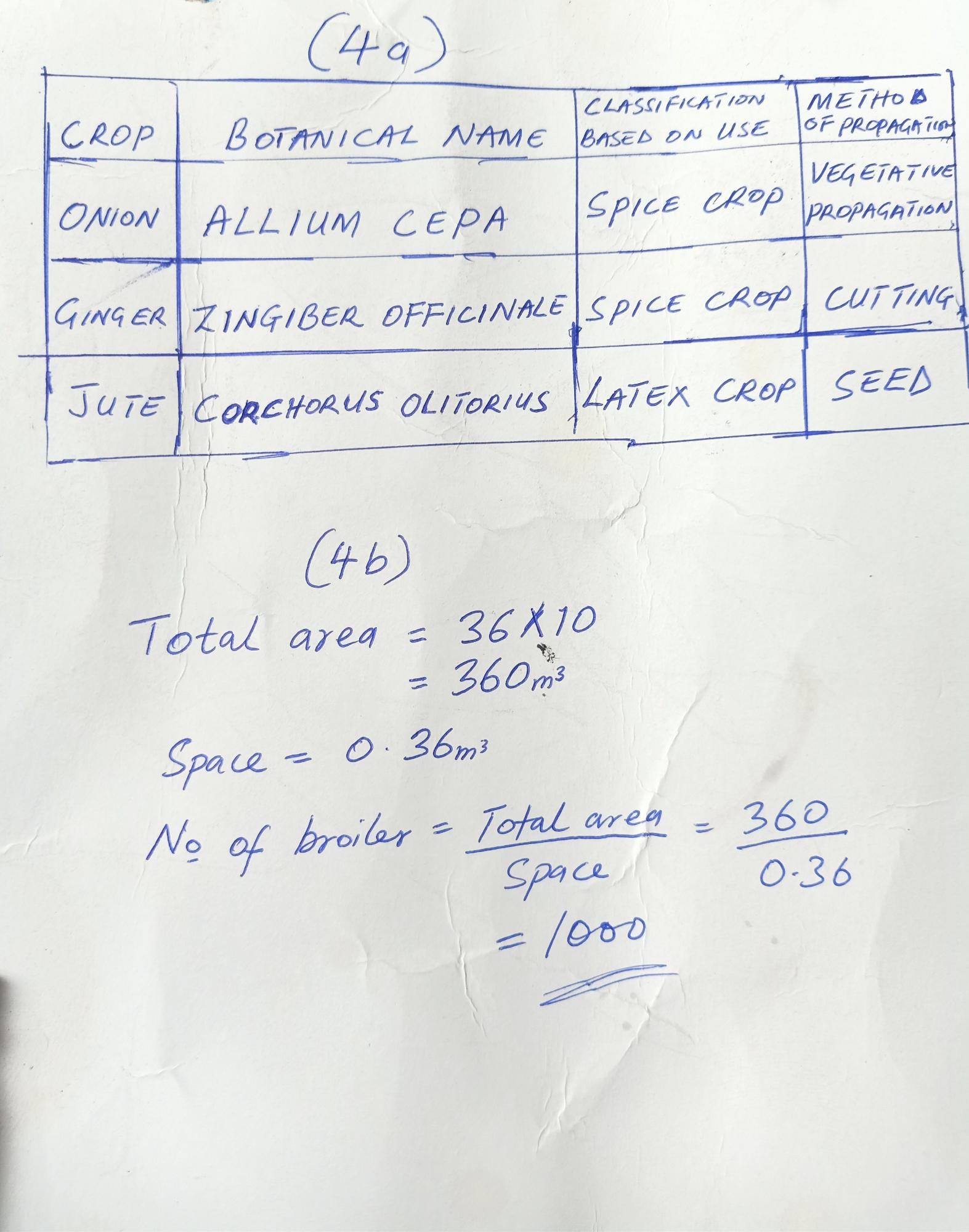 (5a)
(i) Balanced diet: This is a diet consisting balanced amounts in proper proportions of carbohydrates, fats, proteins, vitamins, minerals, and water intake for healthy growth and for efficient daily activities and functions.

(ii) Maintenance ration: This is the amount of feed given to an animal that are just enough to enable the animal carry out its important functions like respiration, digestion, regulation of body temperature. It does not allow for an increase or decrease in body weight or production.

(iii) Production ration: This is the amount of nutrients supplied to animals in excess of those needed for maintenance. The excess nutrients are thus used for productive purposes such as meat, egg and milk production. The quantity and quality determine the magnitude of increase in production.

(iv) Malnutrition: This refers to deficiencies or excesses in nutrient intake, imbalance of essential nutrients or impaired nutrient utilization.